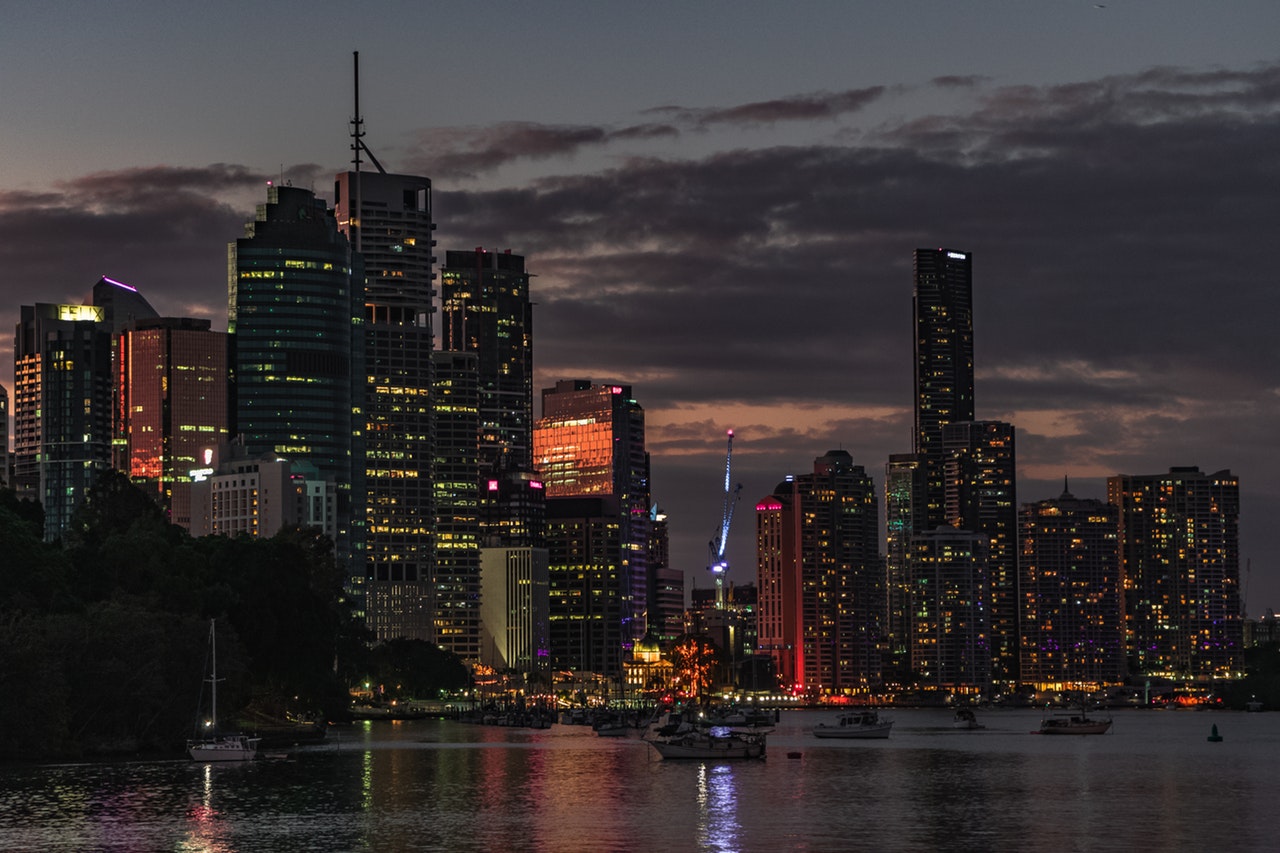 Brisbane is fast becoming an Australian hotspot. With a beautiful Queensland climate, the city is situated on the beautiful Brisbane River.

Brisbane Cruises depart at the The Portside Wharf cruise terminal on the Brisbane River in Hamilton. The terminal is located approximately 5km from the centre of the city.

Southbank is a popular destination for tourists in Brisbane with it's man made beach right in the centre of the city. If it's Koala's you wish to see then the Lone Pine Koala Sanctuary could be on your list. Brisbane also has it's cultural side with the Queensland Art Gallery, and Museum holding lots of Australian and International items. If you're just interested in stretching your legs from that long cruising journey, visit the Brisbane Botanical Gardens. If you're looking for a great view over the city from a great vantage point, visit the Mt Coot-tha lookout. For nightlife in Brisbane head to Fortitude Valley for lots of bars and clubs to take your fancy. If you have an extended amount of time in Brisbane, you also have the Gold and Sunshine Coasts a short distance away with spectacular beaches and amazing theme parks.

Shop at Brisbane's Queen Street Mall for a variety of fashion styles to suit everyone. Eat out in the suburb of West End, which has a good range of culinary delights ranging from Modern Australian, to Indian, Chinese, Thai and Mexican and Greek.

Popular Cruises departing from Brisbane are those heading north to Cairns, Port Douglas, Airlie Beach and the Whitsunday's. Queensland does have some of the most beautiful beaches in the World afterall! Also high on the list of favourites include those branching out to the South Pacific of Fiji, Vanuatu and onwards to Hawaii. Cruises around Australia also depart from Brisbane, so if you're looking to see the country via a Cruise ship, we may have something to tickle your fancy. Take your pick from the many cruises we have on offer.

Hotels Near the Cruise Terminal

The following hotels are located close to the Portside Wharf Cruise terminal:

Make a stop at Southbank for a quick bite to eat and a coffee while the kids play in the man made beach. Better still, grab the City Cat Ferry to take you there!