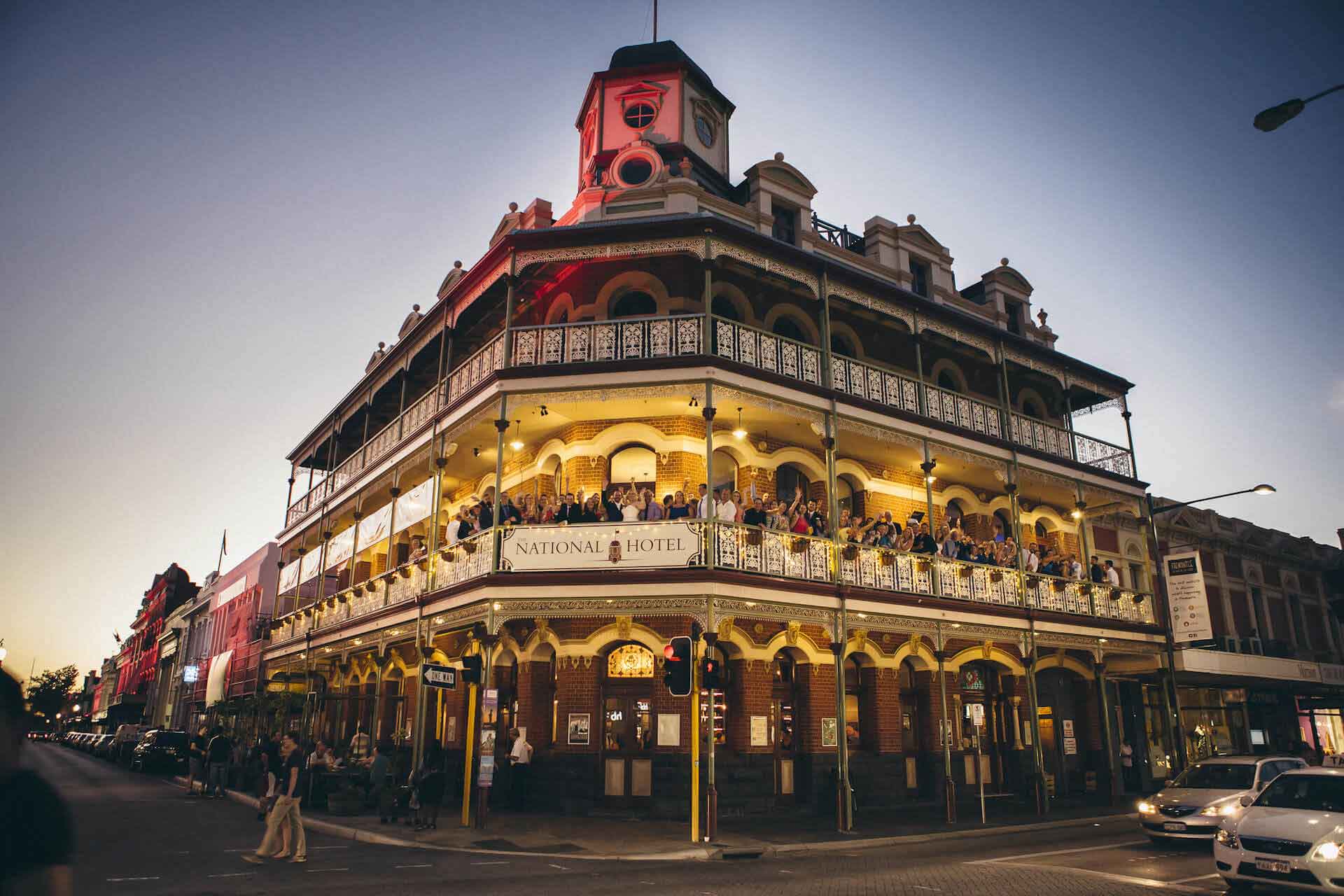 Fremantle is the major maritime port of Perth in Western Australia. Located approximately 14km from Perth city, the city has a vibrant local art and cultural community, renowned Victorian Architecture, and an abundance of entertainment and sporting options. The city is also home to the Fremantle Dockers AFL Team!

A Cruise from Fremantle is a popular choice to start a cruising holiday with our large number of itineraries to whet your appetite.

Getaway Cruises operated by Princess Cruises are a popular choice with sailings heading to Margaret River and Albany. Short Cruises are popular with first timers or weekends away.

Explorer Cruises can take you on a longer journey north towards Exmouth and Broome, through the Kimberley Region, and onwards to Darwin, Cairns, Brisbane and Sydney.

Cruises from Fremantle to Sydney also operate at times throughout the year with stops usually in Esperance, Adelaide, Melbourne, and sometimes Hobart. Azamara Club Cruises, and Cunard operate itineraries at various times of the year.

For a full list of itineraries search our options below:

Search our Cruises from Fremantle

Departures from Fremantle are all year round.

Getting to the Passenger Terminal is cheapest by Train using and takes approximately 40 minutes.

The Central Business District (Downtown) is located about 30 minutes by Car to Fremantle Port.

Catch the Fremantle Line train to Fremantle Station and walk to the Passenger Terminal (in total approximately 40 minutes).

UberX costs range from $31-42 AUD from Perth city to the Port. uberXL costs approximately $52-69 if you have a large group of people.

Need a car? Pickup Car Hire in Fremantle at a fraction of the cost of a private tour operator and share the cost with fellow travellers.

Long Term parking is not available directly in front of the Fremantle Passenger Terminal. The area has been set aside for set down and pick-up only. If you are looking for Overnight or Short Term parking (up to 14 days), head to Victoria Quay near the C and D Sheds. Parking cost Per day is approximately $6.70.

For Cruise passengers looking for undercover, secure, and long-term parking, Queensgate Car Park in Henderson St, Fremantle is another option. Opposite the Police Station, passengers are allocated parking on the 3rd and 4th floor.

Fremantle has a wide variety of Restaurants including "Kazoomies" serving Mediterranean / Moroccan Cuisine and has been described as a "go to" by many. "Char Char" located on the harbour serves up delicious steaks, while the "Little Creatures" brew house has a great pub type atmosphere whilst also catering for children.

There are a couple of Perth Shore Excursions you can try including a Fremantle Hop-on Hop-off Tram Tour, or a History of Fremantle Walking Tour.

A list of other Perth Tours & Things to do may include visits to Rottnest Island, Monkey Mia, Food & Wine Tours. and Swan River cruises.